A CEO can make or break a brand. Qantas is in trouble and the image of its CEO isn’t helping. Four questions that help us understand why. 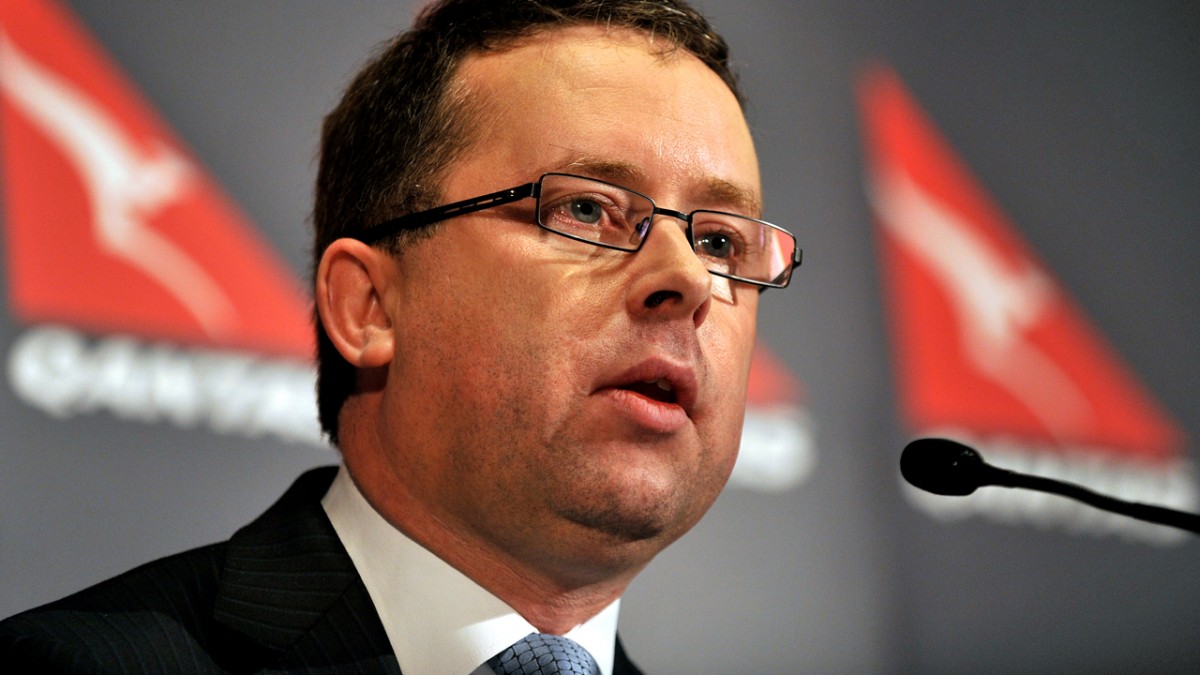 Alan Joyce is an unpopular figure. The CEO of Qantas has made another announcement to cut services and jobs. It comes on the back of another financial loss and it has fueled a storm of negative media. Cutting 5000 jobs and services isn’t a recipe for positive media coverage and the image of Joyce doesn’t help.

Earlier this week I wrote about ethos — how the character of the speaker influences the listener. Alan Joyce is a good example of someone suffering poor ethos.

In my article I suggested there’s a fourth: good reputation. We can use these four ideas to understand why Alan Joyce is unpopular and negatively affecting the Qantas brand. His interview with the Australian Broadcasting Corporation’s 7:30 is the latest in a long line of interviews where he comes across as defensive and cold. I recommend you watch the video and think about the following four questions:

Let’s deal with the questions one at a time.

1. What’s his reputation before the interview?

To understand why Alan Joyce is suffering from poor credibility and authority, here’s a quick background:

The Qantas brand isn’t in good shape. He has a lot of work to do in his interviews to make up for the poor reputation.

2. Does he make a good argument? (Good sense)

The main point that Joyce is attempting to make is that the deck is stacked against Qantas because the competing airlines have overseas governments bankrolling them.

Except that’s not the language he used. His messages were variants of “distortion” (nine mentions) and leveling the “playing field” (five mentions). This relies on assumed knowledge from the 700,000 viewers watching. The story that ran before the interview didn’t mention that the main competitor, Virgin Australia, is partly owned by airlines which are owned by foreign governments. It’s the key part of his argument and he failed to mention it. He can’t rely on journalists to do it for him.

3. Does he communicate leadership and passion? (Good moral character)

Passion isn’t the word I would use. Australians have a strong attachment to “the flying kangaroo”. Joyce should evoke the sense of nostalgia and express his desire to bring back the glory days of the airline. Instead he comes across as defensive and ready to blame anybody else. Two examples:

The problem is that many of Qantas’ problems are of its own making — like its failure to buy fuel-efficient airlines. It is difficult to be passionate when you know you’re largely responsible for the situation. This leads to defensiveness. As a result he does not look like someone with the ability to get Qantas out of the mess they find themselves in.

He also uses a terrible phrase, “…minimise the amount of cash that we’re burning.” A burning cash metaphor is precisely the wrong image to project, especially when he rolls out the “fair go” trope later in the interview.

4. Does he do a good job of acknowledging the feelings of those watching? (Good will)

People are completely absent. Rather than bringing the audience into the story and reassuring them that these changes will make the airline better than ever, he makes technocratic arguments defending his decision to cut jobs and services. It’s a lesson in what not to do when you need people to fall back in love with your brand. A defensive performance is unlikely to generate any sympathy or excitement about what’s to come.

I was struck by how little Alan Joyce has improved his public speaking in his time as CEO. He’s the face of Qantas. Every time Qantas makes announcements like these the negative image people have of the brand is reinforced. It’s why social media disasters like #qantasluxury emerge spontaneously.

When negative sentiment is bubbling below the surface the littlest thing can erupt into a full-blown public relations debacle. — Tweet this

I don’t doubt that cutting services and jobs is what’s required to save the airline, and in that scenario the reaction is always likely to be negative. But what Alan Joyce and the Qantas board need to understand is that the face the organization projects is also important to its survival. If people continue to see a passionless, uncaring, and defensive CEO, they will take a longer look at the competition. Who, incidentally, have a brand that’s bright, fresh, and fun.

One commentator said Qantas customers used to book flights on muscle memory. Those days are gone, but Qantas can again be one of the most loved brands in Australia.

It appears to be make or break. Qantas can’t afford to have a negative press cycle every 6-12 months. It must find ways to generate positive publicity. One way to do that is to recast its CEO as a warm, positive ambassador. If the Australian people can warm up to the CEO they may be persuaded he can turn it around. The alternative is to continue being defensive and joyless. And that’s no way to fly.

What CEOs do you think make their brand? Are there any CEOs running the risk of breaking it?