President Obama’s last chance to deliver on his promises arrives next year. There’s hope if Democrats can rally around a single message. 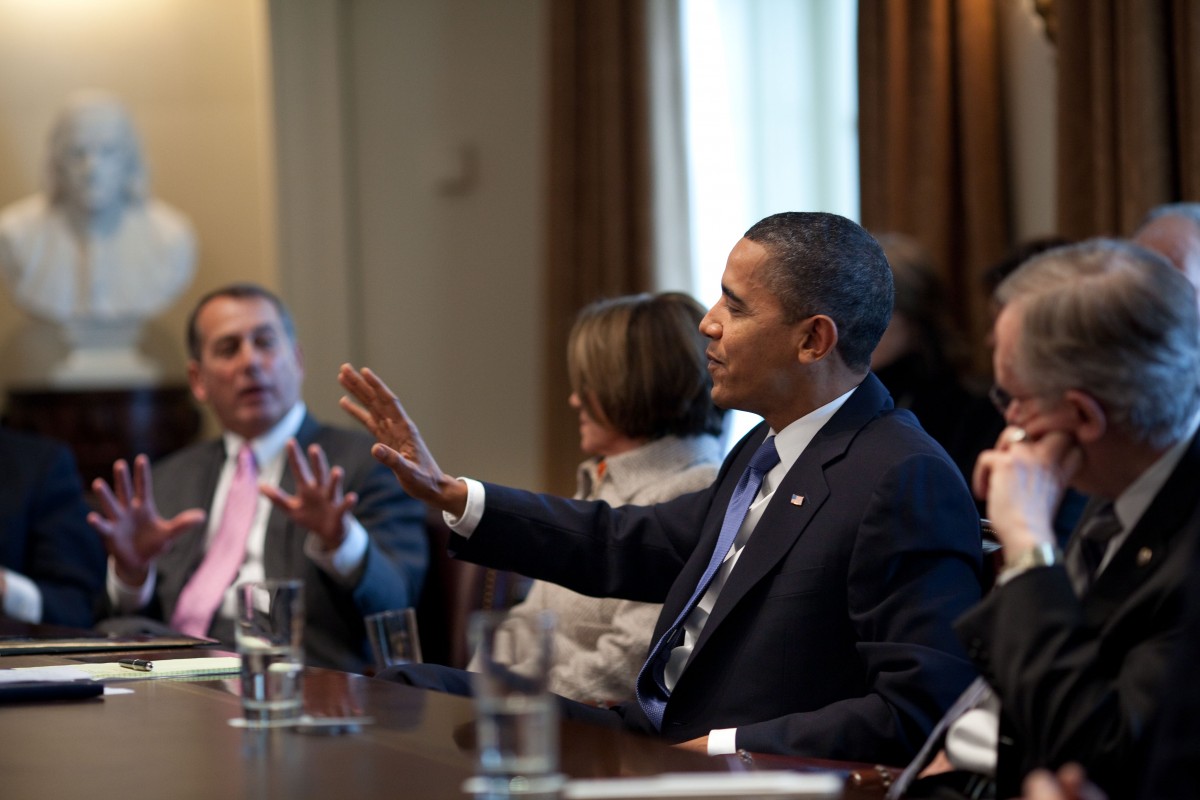 In the weeks before Thanksgiving the Democrats began to show signs of life. The question is how will they return from the break and approach the eleven months until the 2014 midterm elections. The changes to the filibuster rules means the wheels of government are moving again  — President Obama’s nominees will be appointed quickly  —  but the brakes will continue to be applied to legislation. Such is the partisan divide that meaningful reform looks unlikely.

Given this division you couldn’t blame Obama if he had one eye on the 2014 midterm elections. The result has the potential to define his legacy. A good result for Democrats will allow him to sign more legislation that will go some way to delivering on the promise he made to the country in 2008. A bad result will mean two more years of partisan bickering, a president who didn’t live up to his promise, and millions more Americans who have lost all hope that Washington can do anything in their interest.

Putting big issues back on the agenda

Obama and Democrats need put big ticket items back on the agenda to show the American people he hasn’t given up, and put the blame at the feet of Republicans when they block them. Obama promised much that is still to be delivered: closing Guantanamo, tackling global warming, and banning assault weapons are just three of these promises. On these issues Obama has not been strong enough.

After the cap and trade legislation failed Obama barely mentioned global warming again until his 2013 inaugural address. Guantanamo is still up and running. Assault weapons are still for sale. Obama quite rightly put these issues on the agenda in 2008 and was elected in part because of the change he represented to the George W. Bush presidency and that of his Democratic rivals.

If he had persisted with any of these issues he could have persuasively made the case for them. He didn’t. He could have made the Republicans look out of touch with the American people. He didn’t.

In politics, clarity is king. The party that has the clearest message from now until Nov 4, 2014 will be the party that wins. Republicans will continue to cast Obama as a failed President who can’t achieve anything.

The Democrats need to find their message soon.The most powerful story they have is simple: the Republicans are stopping anything from happening and it’s making your life worse.

The current Congress is on track to being the least productive ever. Only 56 bills have been sent to President Obama this year. That’s less than one percent of proposed laws. This isn’t an accident  —  it’s a strategy. Defying the American people who voted for change in 2008, and again in 2012, John Boehner said, “we should not be judged by how many new laws we create, we ought to be judged on how many laws we repeal.”

The American people deserve better and next year they have the opportunity to elect members who will pass the laws that will make their lives better.

On the stump, in every debate, and in every TV interview, every Democratic candidate should be saying something like this:

The election in November is a chance for the American people to say enough is enough. We want to ease the pressure people are feeling by creating more jobs and closing the gap on inequality. We want to see a ban on assault weapons because too many children are growing up without brothers and sisters. We want tackle global warming so we can become energy independent, create more jobs, and cut pollution so we can live healthier, happy lives.

The Republicans can’t deliver that  —  they vote against it every time.

I say this to the American people: I know you’re frustrated. But don’t give up hope, you can choose to make things better. I will take your voice to Washington. I work for you. If you want to see the change that was promised, vote Democrat and get your government working again.

If the Democrats can tell this story for the next twelve months voters will be left in no doubt what Democrats stand for: they stand for people; Republicans don’t. It has the hallmarks of a good story: it’s clear, simple, and memorable. It has a villain. But its most important attribute is that it is empowers voters to make a stand and vote for change.

There are signs the Democrats have come back to life. The question is, can they put the big items back on the agenda, show the American people that they haven’t given up fighting for them, and tell a story in the next eleven months that empowers people to get government out of first gear?