Like Big Tobacco, Big Polluters having been deceiving the public and blocking governments for decades. A new campaign is exposing this deception and harm. 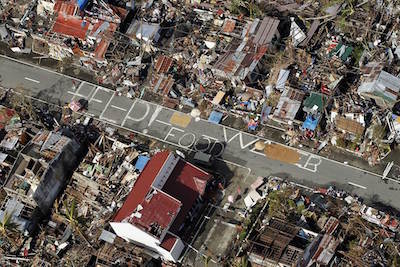 The major oil, coal, and gas companies have a lot of power. They have billions in the bank, allies in government, and smart people working for them. In the process they have polluted the air for free and blocked the switch to clean energy. This is causing catastrophic global warming.

Greenpeace hired me to develop the communications strategy, narrative, and messaging for the new campaign that would expose the Big Polluters and generate public support for potential  legal action. 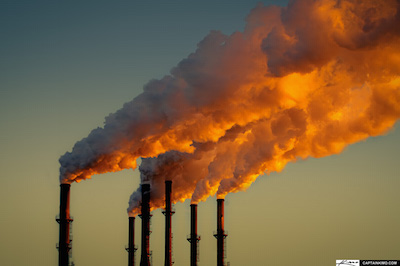 I interviewed lawyers and campaigners to find out the information I needed to begin developing a strategy and narrative. Once I had this information I looked through previous framing and narrative projects I had worked on and began to develop the story. Using research conducted in 2013 I decided it was critical to double down on the 90 companies responsible for two-thirds of all pollution that is causing global warming. They would become the villain in the story with a name: Big Polluters.

With these building in blocks in place I laid out the narrative and messaging for the campaigners and communications staff to use. 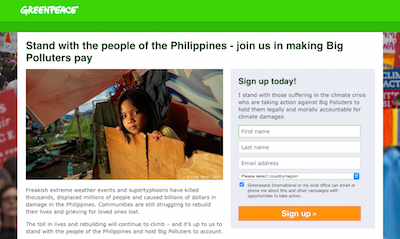 The strategy, narrative, and messaging focuses on simplifying the communication to introduce the concept of climate liability to the public. This work will form the basis of all campaign communication including press material, digital channels, and advertising.

Greenpeace has a clear communications strategy, narrative, and messaging for its global campaign. The campaign is launching across several countries in 2015.

Jeremy was a real find and such a bonus to our team. We wanted him to come on board full-time but couldn’t lure him. He took complex issues and turned them into easily digestible communications pieces.

I was particularly grateful for Jeremy’s easy manner and ability to work with our team that spanned four countries and multiple levels of skill, seniority and experience – no easy task!