With inequality on the rise and union representation in decline, innovative campaigns emerged to increase the minimum wage and allow workers to join a union. 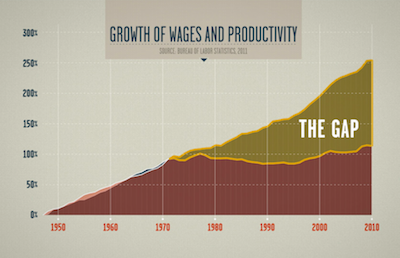 Since the 1970s inequality has grown and workers represented by a union has been in decline. The war on unions and workers has seen millions of American confined to poverty wages. Many rely on government help to get by.

Despite massive public support for people working at fast-food restaurants, companies like Walmart, and in the auto industry, their employers had managed to resist calls to increase wages allow their employees the opportunity to join a union.

A leading public affairs agency called me in to help raise awareness of the inequality issue across three key campaigns. 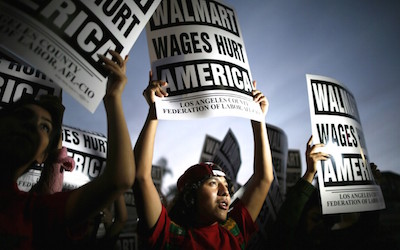 I worked with a highly skilled team inside the agency to develop messaging for its clients, provide counsel, and reach new audiences. I named a new campaign, created messaging focused on an incoming CEO, and alerted hundreds of reporters in the U.S. and abroad to the growing worker movements.

This included helping the fast-food campaign go international through press coverage, conducting a discourse analysis on a recent union election, and raising awareness of the pressure placed on Walmart workers. 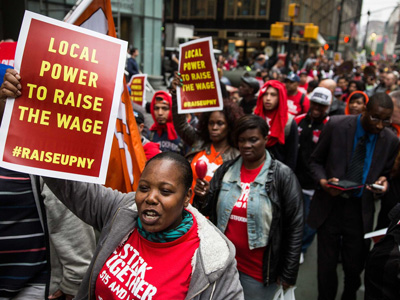 During a time of intense pressure I helped the agency and its clients make some key advances in the campaigns. Walmart’s reliance on taxpayer subsidies was brought to light and it came under scrutiny for flatlining sales. The fast-food industry faced protests and strikes in 30 countries and wall to wall media coverage highlighting its low wages.