Barack Obama and Democrats broke a cardinal rule by trying to reclaim “Obamacare”: they used the language of their opponent. 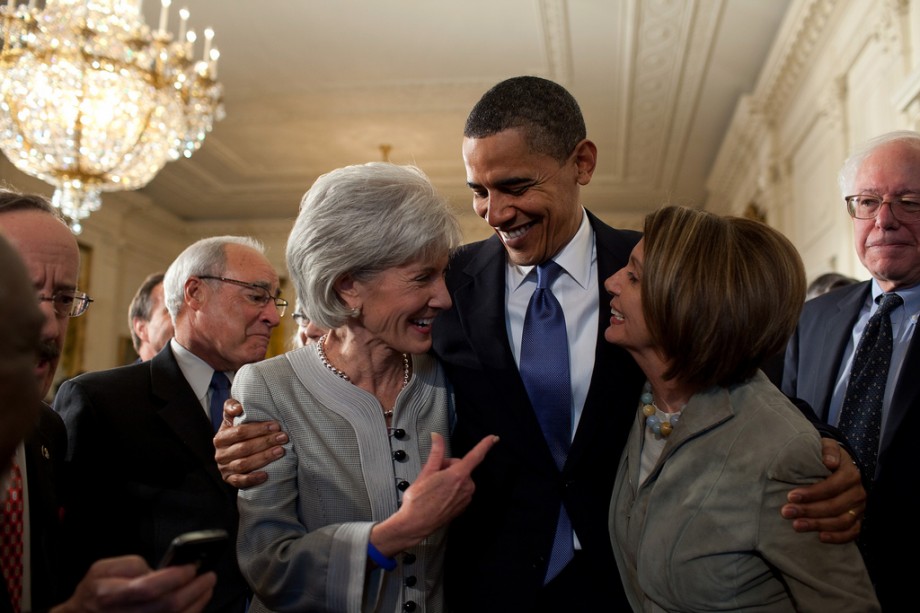 The recent US government shutdown provided President Obama with an opportunity: an opportunity to reflect on his use of language. Obama tried to reclaim the term “Obamacare” — it was a mistake and one Democrats should have learnt by now.

In the last 30 years debates on issues in the US have largely been framed by Republicans. Tax cuts became “tax relief”, opposing abortion became “pro life”, estate taxes became “death taxes”. These are phrases created by Republican strategists to serve their agenda. They’re called frames.

If you use the language of your opponent you lose

There’s a simple idea in framing: if you use the language of your opponent you lose.

George Lakoff, a cognitive linguist at Berkeley, has long implored Democrats to get better with their language and start framing the debate rather than using the language of their opponents. In his book, Don’t Think of an Elephant, he cites President Nixon as Exhibit A:

Richard Nixon found out the hard way. While under pressure to resign during the Watergate scandal, Nixon addressed the nation on TV. He stood before the nation and said, “I am not a crook.” And everybody thought about him as a crook. This gives us a basic principle of framing, for when you are arguing against the other side: Do not use their language.

They had a frame…

The legislation that Obama and Congress passed in his first term to provide expanded healthcare options at fairer prices was commonly called the Affordable Care Act. It looked as though Democrats had learnt something from the George W. Bush era. Bush and his advisors successfully framed debates in the US for the first six years of his presidency. Their command of language extended to the titles of legislation. For example, the “Clear Skies Act” did the opposite — it allowed companies to pollute more.

The Affordable Care Act signalled a shift. Democrats were no longer naming legislation with meaningless, wonkish terms like S-CHIP (legislation that allowed working parents to take their kids to see a doctor). They were attempting to frame the legislation in a way that meant something to ordinary Americans. Then they blinked. They began referring to it as Obamacare.

It was a sign of weakness that has become a part of the Democrat DNA.

Obamacare is a derisive term that Republicans have used as code for government interference and extremism. Frank Luntz, the Republican strategist behind the phrases “tax relief” and “death tax”, thought the term worked because, “People want health care personalised, not politicised, and the phrase Obamacare is an effective way to communicate the politicisation of health care.”
Rather than sticking to their guns and framing the reform on their own terms Democrats tried to reclaim “Obamacare”.

On a week-long tour of the Midwest in 2011 Obama explicitly embraced the term: “I have no problem with people saying Obama cares. I do care. If the other side wants to be the folks who don’t care? That’s fine with me.”

It evolved into an all out communications assault. David Axelrod, the man at Obama’s side in every election victory since his rise to the Illinois Senate, sent an email to supporters imploring the millions of recipients to say, “I Like Obamacare”. They created a website, launched a Facebook campaign, and it was the top trending topic on Twitter within hours. They created shirts, buttons and bumper stickers.

Not only did they evoke the frame and repeat the negative, they encouraged their supporters evoke the frame en masse. It was a mistake. They were doing the Republicans’ jobs for them.

Obamacare or the Affordable Care Act?

Last week reporters for Jimmy Kimmel Live asked people if they preferred Obamacare or the Affordable Care Act. They all said they preferred the Affordable Care Act. The video shows what political operators already know: that the majority of people do not make informed choices when they vote. When they don’t understand something that affects them they often rely on the words and their associations, or frames, to make their minds up. Americans were already primed to associate Obamacare with government interference and extremism. Talking about Obamacare, Republican or Democrat, just reinforces it. Democrats had a frame — healthcare that more people can afford — and they abandoned it.

The lesson for Democrats, one taught time and time again, is that if you use the language of your opponents you lose. Candidate Obama seemed to understand this basic idea. The evidence suggests President Obama doesn’t. The shutdown provided an opportunity for Obama to reflect on his choice of words. If he didn’t use those 16 days to reflect, it spells trouble for the remainder of his presidency, and ultimately, the millions of people he is seeking to help.