Key messages are a key part of public communication. This step by step guide will help you develop messaging that is memorable and tells a story. 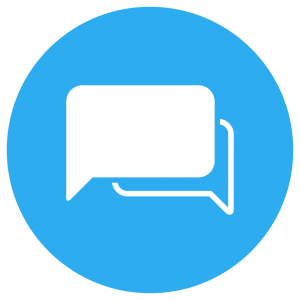 Does anyone have any questions for my answers?
— Henry Kissinger

If messages aren’t narrative then what are they? Messages are the words that deliver your narrative. They evoke frames. They change depending on the time, context, and your audience. They take patience and practice to develop.

Here’s what you need to develop great key messages:

1. Why do I want key messages?

Messages are the words that help you deliver your narrative. Messages help you focus your communication which is critically important. Why is focus so important?

In advertising this is similar to “effective frequency”. The idea is that an ad has to be seen multiple times before a consumer will a) notice and b) respond favorably (e.g. buy).

It’s the same with messaging — you’re selling something — even if it’s an idea or point of view. You have to stick with it.

Frames, narrative, and persuasion are essential building blocks that you need to understand before you create messages.

If you work in politics or on an issue-based campaign you must understand what a frame is. George Lakoff recently pointed out why “pro-choice” is a terrible word and evokes the wrong frame:

Before you develop your messages you should have a narrative in place — it guides your messaging.

And know the three modes of persuasion.

So you’ve read those articles and you understand what a frame is, what a story is, and the appeals to authority, emotion, and reason. That’s a solid foundation for developing great messages.

The standard I always set myself when I create messages: make sure they are clear, concise, and consistent.

By being concise you have more control over the message your audience hears. Deliver a long rambling answer to a reporter and you give them too much control — they will pick the words that they think are most interesting which probably isn’t your core message. By saying less you have more control.

Repeating your key messages goes to exactly what Luntz says — you have to keep repeating them because the tenth time you say it is probably the first time the audience has heard it. You may have to say it a hundred times for it to sink in. This is a key part of framing: repetition strengthens frames.

Being clear is straightforward. Don’t make your audience feel stupid.

I can’t stress this enough. You must appeal to the emotion of your audience. 98 percent of our thought is automatic and unconscious — that is the emotive brain at work. If you don’t stir the emotions in your audience your messaging won’t work. People will remember the way they felt long after they have forgotten the facts.

Be careful with numbers

If numbers will help you tell your story, use them. But know that your audience probably won’t remember them if you’re precise. Drew Westen points out how Al Gore could have done it differently in his first debate against George Bush. Instead of saying between 18 and 48% he should have said “about a third”. It’s easier to remember and easier to emphasize with emotion.

Don’t overload your audience with numbers. The fewer the better.

As circumstances change you will need to update your messages. You will need different messages depending on whether you are talking publicly or to a room of experts in a private setting. Experts may expect more evidence and technical arguments. Give it to them. The public’s expectations are different.

If something changes in your campaign you may need to update your messages to reflect the change, but make sure that new messages still reinforce your overarching narrative. Stay the course; don’t be distracted.

Don’t forget the rule of three

There’s an idea in writing and speaking: things in threes are more aesthetically pleasing and easier to remember. Matthew McConaughey loaded his Oscar acceptance speech with things in threes. It was very effective.

This is critically important. If you don’t test your messages you can’t be sure that they work. This is where research becomes a critical part of developing communication. Dial testing, focus groups, and surveys are good methods for testing messages. If you can afford this level of research, do it.

If you have no money to spare call on people’s good nature. A one hour session with volunteers who represent your audience will give you some ideas about what messages work and what messages don’t. Your messages may evoke a frame that isn’t helpful. You may find that the order in which you present your messages changes the way your audience reacts to them. Your language may be too aggressive or a bit ho-hum.

I’ve never been through a round of research and failed to improve my messages. It’s enormously helpful.

Once your messages have been tested and you know what works, practice them. Don’t wing it.

Media interviews can be nerve-wracking. It’s easy to stumble, forget what you wanted to say, and default into technical language. Practice helps prevent this. You need to be prepared for the easy questions and know how to deal with the hard questions.

Now that you have developed your messages you need a way to organize them. There are many ways to do this. Sometimes a list of three bullet points might work best. You may prefer to organize your messages in a grid. Here are the formats I have used.

This is a format used in crisis communications but it’s a great way to keep messages concise. 27 words, delivered in 9 seconds, no more than 3 key points.
— How to use the 27/9/3 message grid and template

Otherwise known as stock issues. This format creates a narrative structure using a medical metaphor. Ill shows that a problem exists; Blame shows who or what is responsible; Cure shows how the problem can be solved; Consequence describes the positive result or side-effect of implementing the cure.
— How to use the Ill, Blame, Cure, Consequence message grid and template

This format helps associate messages to outcomes. The Claim might be a core organizational value or a problem to be solved. The Fact is a short point that is framed effectively, and will be supported by an Example.
— How to use the Claim, Fact, Example message grid and template

This is a useful format for developing advocacy-based messages. There are four columns that have: your advocacy point, the soundbite, statistics to draw on at a pinch, and the call to action.
— How to use the Point, Message, Support, Action message grid and template