Of the three modes of persuasion a speaker’s authority is the most important. Three things you can do to build authority and persuade. 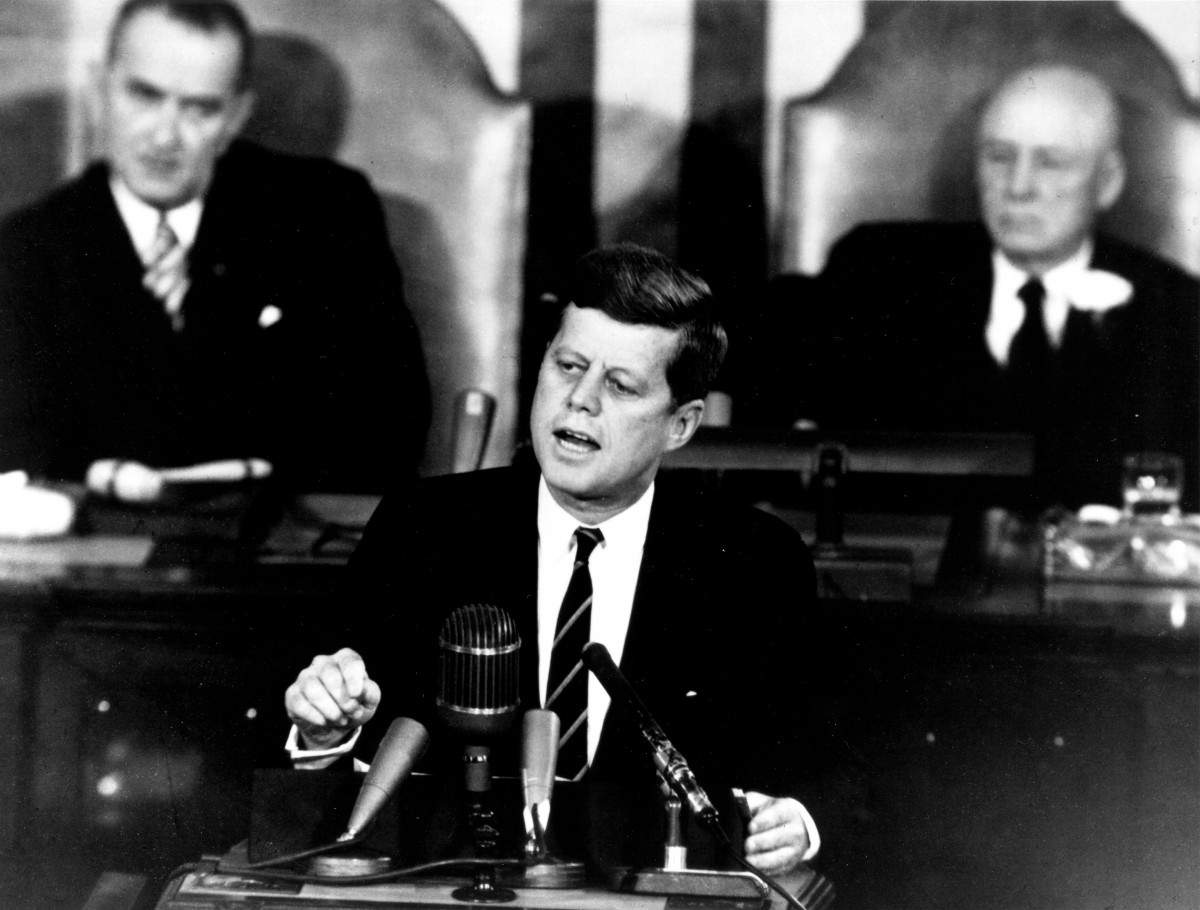 This is the second article in a four-part in a series on Aristotle’s three modes of persuasion.

If people don’t trust you they will dismiss you. It’s an important lesson for communicators and it’s over 2000 years old. Aristotle defined three modes of persuasion,the first being ethos: the authority or credibility of the speaker.

Imagine this scenario, President George W. Bush is invited to speak to an audience on the importance capping pollution to stop global warming. In the opening minutes of his remarks he says, “I am proud of what we did to address global warming in my time as President.” In most scenarios Bush would fail to persuade his audience because he’s lacking ethos. If he was speaking to a room of democrats or environmental campaigners he would be dismissed quickly. Bush isn’t known for his environmental credentials and will be linked to a war for oil for a long time to come.

Bush lacks ethos even before he takes the stage. He is not seen as a person with authority or credibility on stopping global warming. His remarks stating his pride in his achievements as President further reduce his ethos. But, if he has speaking to a room of partisan republicans (who believe in global warming) his ethos would be quite high. They are more receptive to his message, whether it’s true or not.

Does that mean Bush couldn’t give a speech to partisan Democrats and environmental campaigners and be warmly welcomed, even applauded? No. Consider what would happen if Bush opened his remarks by saying,

I’ve been gone a while, but I felt that I should come and speak to you today. Y’know, I didn’t care much about global warming. I focused on other things when I was president. But I’ve seen something. Down on my ranch in Texas it’s getting dry, real dry. Now this happens from time to time, but this is different. It’s drier than it’s ever been. I see California is in drought, the Australian continent is burning, and the Arctic is melting fast. I believe in global warming, I believe human beings are causing it, and I wish I had done more when I was President.

In this scenario it’s easy to imagine the audience breaking out in applause.

Three things that contribute to ethos

Walking into a room of environmentalists Bush would struggle with all three. He would have no or low ethos. Al Gore would walk into the same room with high ethos. The challenge for Bush is greater than Gore’s, but not impossible. But if he acknowledges global warming as I imagined above, he could leave the room with his reputation enhanced.

You need to know your subject. Michael Jordan would struggle to persuade an audience he knew a lot about acting, but if he was to speak about basketball the audience would be receptive to his message. He knows the subject and he would be able to make a persuasive case, whatever it may be. Being able to communicate your subject is just as important as knowing it. If you’re talking about a complex subject, you will need to simplify your message to engage an uninformed audience. It’s where global warming activists go wrong. Your mastery of the topic is no good if your audience doesn’t understand what you’re saying. You will lose ethos.

In Greek thought this is considered excellence. In modern day we can think about people with the x factor. Think about Nelson Mandela, the Dalai Lama, and Gandhi. President John F. Kennedy had arête. This might sound like a high bar to reach, but it doesn’t need to be. If you’re passionate about a subject and can communicate that passion to the audience you can show good character. Think about someone you’ve worked with who you admire. What was it about them that you liked? Was it their passion? Was it their ideas? If you can find what it is you liked about them and sets them apart from the rest you have found their arête.

3. Goodwill (towards the audience)

Aristotle says it’s not enough to know one or two of these answers — you need to understand all three. The same goes for other emotions. Show your audience that you understand. If your audience feels that your interests are aligned with theirs they will be more receptive to your message.

Aristotle defined the appeals to character as being shaped during the delivery of the speech. He lived in a time when the flow of information was a lot different to the world today and your audience may know a lot about you before you take the stage. The internet and television mean ideas spread freely and footage is archived forever.

How do I build ethos?

By now you will have some great ideas on how you can build ethos into your next speech or presentation. Here are some suggestions you might consider:

Before his scandal, John Edwards was a master of ethos. When working a crowd he would look a person straight in the eye and talk only to them until he saw that he “had them”. He would then move to the next person. It’s the way trial lawyers close — John Edwards was always closing.

In 1992 Bill Clinton was up against President Bush, Snr. and Ross Perot. In a pivotal moment during the 1992 town hall debate, Clinton gained an enormous amount of ethos at the expense of Bush. Watch the clip below:

Ethos — the most important mode of persuasion?

Aristotle suggested at ethos is the most important of the three modes of persuasion. I’m inclined to agree. Unlike pathos (appeals to emotion) and logos (appeals to reason or logic), it’s the only appeal that you need to make every time. If your audience doesn’t think you are credible or care about them they won’t trust you. If they don’t trust you it doesn’t matter how emotive or logical your message is. It won’t be heard. Next week I will publish the next in the series: pathos (appeals to emotion).

There are two books I recommend reading. The first is Richard Toye’s Rhetoric: A Very Short Introduction. It’s a short, simple exploration of rhetoric. If that whets your appetite Aristotle’s The Art of Rhetoric will take you on a deep dive into rhetoric and the modes of persuasion. I’ve sampled a few translations; I found the Dover Thrift version to be the easiest to read. Further reading: