Gun violence is a huge problem in the US and this ad fails to show the true cost. The biggest problem with this gun control ad is the guns. 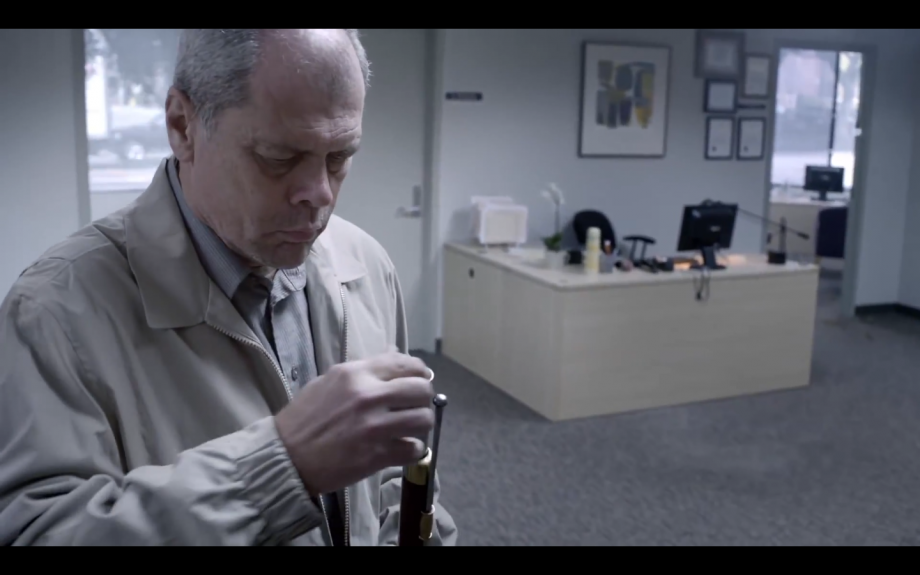 In his book, Confessions of an Advertising Man, David Ogilvy cites Horace Schwerin who found, “there is no correlation between people liking commercials and being sold by them.” What then do we make of the gun control ad doing the rounds which has been described as “the greatest”, “best” and “powerful”? It has some of the right elements: it’s well-shot and the copy is punchy. But it has a problem: I was not persuaded to act.

The purpose of advertising is to sell something to the viewer, not to entertain, shock or provoke thought. One million views is impressive. But views, likes and retweets do not equate to success, even if organisations are becoming more metrics-focused. I didn’t feel compelled to sign the petition and I don’t think it would help a person opposing gun control to reconsider their position. By those measures I think the ad falls short of greatest, best and powerful.

So what’s a better way to “sell” gun control?

The gun control debate in America is complex and seemingly impossible to solve. Mired in arguments about freedom, the constitution, mental health, statistics, and the influence of films, music and video games, it’s hard to know how gun control advocates can effect any meaningful change. It’s worth taking a step back and trying to define the problem as simply as possible: too many people in America are dying because of guns. People on all sides of the debate can agree on this.

The numbers are sobering: over 11,000 people were murdered with a firearm in 2010 (PDF) and it’s estimated that almost 4,000 have been killed by guns (including suicide) since Sandy Hook in December.

With the problem defined the next step is to think about how this might be fixed. Advertising alone won’t do it, but it can play a role. So how can the advertising be improved?

Why the ad doesn’t work

SUPGV is trying to reduce gun-related injuries and death. Somewhere in process of making this ad with its agency the message was boiled down to a generic statement: “Guns have changed. Shouldn’t our gun laws?” As the words come up the man is reloading his musket having only fired off one shot.

On first glance it seems like a clever combination of words and images. But it actually says very little. It’s saying gun laws were made a long time ago; guns are more advanced than they were then; gun laws should be updated. It appeals to a person’s rational thought.

The ad, like many others, is not communicating the real cost of gun violence. Guns hurt. They hurt the people they are aimed at, they hurt their family and friends who learn to live without them, they hurt complete strangers who see how avoidable this is. You don’t have to be shot to be affected by gun violence. This is where I think gun control advocates could be doing better: appealing to people’s emotions, not rational thought.

A different approach is needed

The emphasis needs be shifted from guns to the consequences of gun violence: a child growing up without a father, a mother struggling with the death of her son, a man who can no longer work because of his injuries.

In other words, the problem with gun control ads is the guns.

Worksafe Victoria in Australia produced an ad in 2011 which shows how it can be done.

Why does this ad work? The copy tells us: “The most important reason for making your workplace safe is not at work at all.” It’s powerful. We don’t see the workplace, we don’t see accident, we don’t see the person killed. What we see is a little girl rushing to the door to see her father who isn’t coming home. This young child and her mother will have to learn how to live without their father and husband.

The real tragedy of gun violence is people dying and their families having to live in pain every day because someone they love isn’t coming home. 11,000 people dying every year — many thousands more affected.

I can empathise with those working to solve this problem. It’s an incredibly complex issue and a difficult communications challenge. I don’t have the answers, but I encourage those working to end gun violence to reconsider what needs to be done to persuade people that something needs to change.

You have an amazing product to sell: safety. Write copy, make ads and organise in a way that inspires the people already on your side and helps those who disagree with you reconsider their position. Don’t appeal to rational thought. Draw out the emotions that persuade people and compel them to act. Give them the tools to persuade others.

If you do, we’ll all thank you for it.