When there’s mood for change in the electorate but you’re a political party not well-known beyond one issue, and you’re defending three vulnerable seats — things start to look a little bleak. 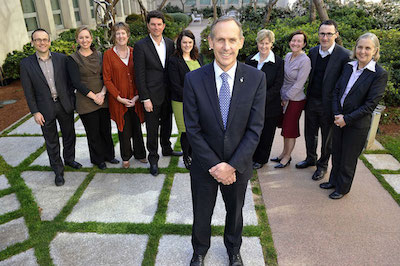 The Australian Greens have been the third major party in Australian politics for the last ten years. After a historic high-vote in 2010, The Greens were vulnerable in four seats.

There was a mood for change across the country. The Labor government was unpopular and The Greens were not well-known beyond their position on protecting nature. The highs of 2010 could become a low in 2013.

Frankly Research and Communications brought me in to help create a communications strategy to reposition, and essentially, rebrand The Greens.

After months of designing, conducting, and analyzing research, we developed the communications strategy, narrative, and messaging for the campaign in more than 150 races, reaching more than 13 million voters.

The communications strategy focused on empowering people to have a say about the type of world they want to live in and show The Greens as a part of that story.

We applied the narrative across all the major issues through story-based messaging. We trained candidates and campaign staff and volunteers to carry out this strategy and tell these stories.

I worked most closely with Senate candidate, Janet Rice. I provided counsel to her throughout the campaign and wrote her key speeches.

Despite the odds and a change in government, The Greens held all their seats. Janet Rice won her seat giving The Greens an extra seat in the Senate.

The Greens are now well-placed to build on their narrative of “care”, appeal to a wider audience, and make further gains across the country in local, state, and federal elections.

Jeremy had two roles in my campaign. As part of his work with Alex Frankel and Associates, Jeremy was central to the research, strategy, narrative and messaging of the overall election campaign for the Australian Greens. I was very pleased with the quality of this work – I believe it was the highest quality communications work that has been done for Greens election campaigns.

Jeremy was also part of my personal communications team.

Writing speeches for someone else is a tricky thing. I found Jeremy to be very adept at both undertaking thorough research and then crafting a speech in my voice. To do the latter requires excellent consultation and collaborative skills, and a humbleness as well. Jeremy has the skills required to walk this challenging line.

I thoroughly recommend Jeremy to any potential employer seeking a highly talented communications professional with broad experience working across political and community campaigns.