Matthew McConaughey’s Oscars acceptance speech is a great example of how to use the rule of three. It makes his speech memorable. 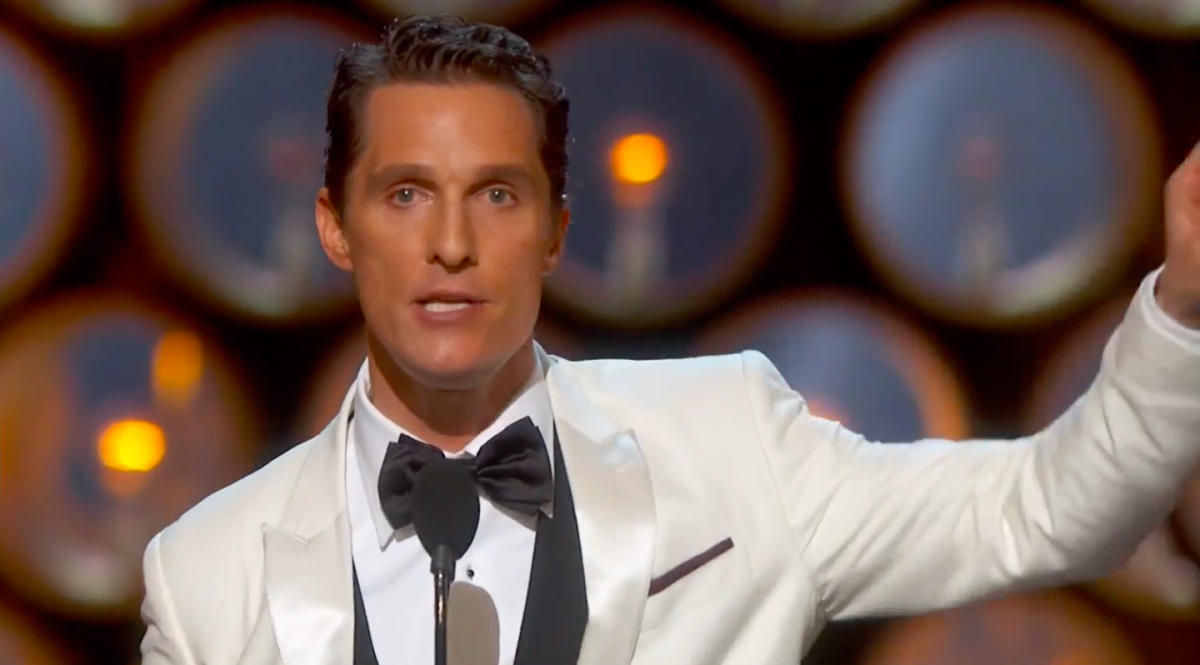 The rule of three works because it makes the message easier to remember. We see it in history’s most memorable speeches; they’re embedded in the stories we grew up with; ad copywriters use it all the time. Just then I used the rule of three.

You could probably recall a dozen or so examples without hesitation. Here’s a few:

In three minutes Matthew McConaughey uses the rule of three in many ways. Firstly, he uses tricolon. Tricolon is “three parallel elements of the same length occurring together in a series”.

This sets up the structure for his speech which is divided into three parts — another example of the rule of three.

The words of Charlie Laughton:

His Dad has three things up in heaven:

In the “hero” third of his speech he mentions three ages:

He closes his speech with the tricolon that sets up his speech:

I think it’s a wonderful speech. I’ll never forget the original tricolon. It’s seared in my brain and the result is I’ll probably remember most of the speech for years to come. That’s not something I can say about many acceptance speeches.